Bilqis Fashion is a family owned business over 50 years old. Ahmed Bobat, ably assisted by his son Yusuf and wife Aysha, have run Bilqis for the last 30 years.

They are assisted by seven personel who advise customers on the wide range of garmets suited to all occasions.

Garments will be altered where required to ensure a perfect fit.

Discretion is assured by a long tradition whereby appointments can be made with Ahmed and his staff for the ultimate in personal attention, ensuring that your garment for that special occasion is perfectly fitted, suited to the occasion and one of a kind. 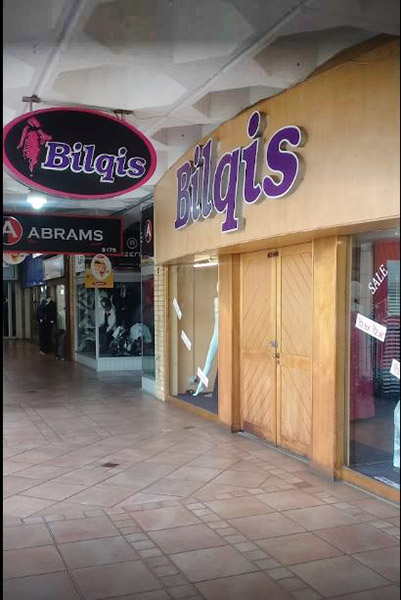 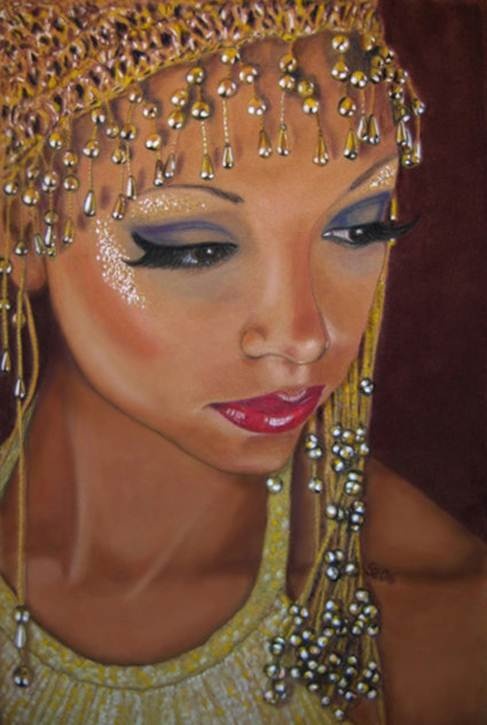 The Story of Bilqis

Saabankuningatar The Queen of Sheba

According to Jewish and Islamic traditions, she in the flourished 10th century BC as the ruler of the Kingdom of Saba’ (or Sheba) in southwestern Arabia. In the Old Testament account of the reign of King Solomon, she visited his court at the head of a camel caravan bearing gold, jewels, and spices. The story provides evidence for the existence of important commercial relations between ancient Israel and Arabia. According to the Bible, the purpose of her visit was to test Solomon’s wisdom by asking him to solve a number of riddles.

The story of Bilqis, as the Queen of Sheba is known in Islamic tradition, appears in the Qur’an, though she is not mentioned by name, and her story has been embellished by Muslim commentators; the Arabs have also given Bilqis a southern Arabian genealogy, and she is the subject of a widespread cycle of legends.

According to one account, Solomon, having heard from a hoopoe, one of his birds, that Bilqis and her kingdom worshipped the Sun, sent a letter asking her to worship God. She replied by sending gifts, but, when Solomon proved unreceptive to them, she came to his court herself. The king’s demons, meanwhile, fearing that he might be tempted into marrying Bilqis, whispered to him that she had hairy legs and the hooves of an ass. Solomon, being curious about such a peculiar phenomenon, had a glass floor built before his throne, so that Bilqis, tricked into thinking it was water, raised her skirts to cross it and revealed that her legs were truly hairy. Solomon then ordered his demons to create a depilatory for the queen. Tradition does not agree as to whether Solomon himself married Bilqis or gave her in marriage to a Hamdani tribesman; she did, however, a believer.

The story of Sheba, which was probably derived from Jewish tradition, also appears among the Persians, where she is considered the daughter of a Chinese king and a peri. According to Ethiopian tradition, Sheba (called Makeda) bore Solomon a son, Menilek I, who founded the royal dynasty of Ethiopia.

Manage Cookie Consent
To provide the best experiences, we use technologies like cookies to store and/or access device information. Consenting to these technologies will allow us to process data such as browsing behavior or unique IDs on this site. Not consenting or withdrawing consent, may adversely affect certain features and functions.
Manage options Manage services Manage vendors Read more about these purposes
View preferences
{title} {title} {title}
How can I help you?